We do only one thing: design process controls in manufacturing environments. A narrow focus means we are experts in one critical, complex area of your business. We provide qualified resources to support your internal team with depth of knowledge and experience. Our team has upgraded DCS technology at more than 50 process plants and provided support and engineering for more than 150 businesses since we were founded in 2002.

Transparency: At Trident Automation, we want you to use our services because of our expertise, not because we have the only key to unlock your system. We work in a collaborative environment by designing an open system. We document our work (as opposed to hiding code) so any other system engineer can follow our logic.

Integrity: Innovation alone does not guarantee productivity. Our experts have proven experience in the manufacturing field and we understand how to apply innovation to your specific situation. 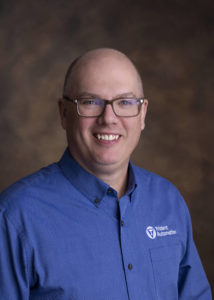 Jason began his career with Moore Products Company as a sales representative for industrial controls systems, then as a service engineer dedicated to integrating Moore’s DCS products. In that position, he worked with more than 40 companies to support their DCS products. In 2002, he joined Jerry as the second partner in Trident Automation and continues to use his technical skills as an integrator for Trident’s customers. He graduated from the University of Wisconsin—Madison with a degree in mechanical engineering. And about owning that bowling alley—yes, it’s Jason’s. We also call him the Tycoon of Kaukauna where he lives and owns several commercial properties. And for those of you keeping track of the Star Wars versus Star Trek, he’s a Trekkie. 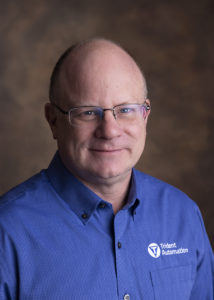 Joseph puts a broad background of finance, operations, and management to work for our customers. His degrees in chemical engineering and business management combine with manufacturing experience at Kimberly Clark and business management roles at a variety of firms to bring a fresh perspective to Trident. In his experience, every organization is unique and our mission is to formulate processes and systems that work for their individual environment. He’s a native of Northeast Wisconsin and spends his free time with his family. 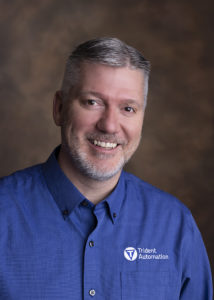 Shane is an entrepreneur turned business owner and specializes in customizing IT solutions for process control systems. He has authored web solutions on a range of technologies with a primary focus in C# .NET environments which are often used in manufacturing industries. In 2010 he formed Trident InTech, then merged with Trident Automation in 2017. He is a graduate of the University of Wisconsin Madison with a degree in computer science. In his off hours, he’s a coach for youth sports but says he really likes to be a couch potato and watch sports on TV! 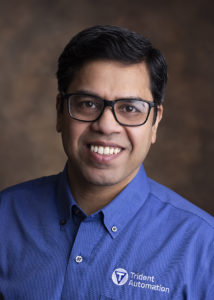 Yogesh Maheshwari, Principal and Director of Engineering and Manufacturing

As the leader of our engineering division, Yogesh believes the biggest challenge faced by our customers and team members is managing continual change to adapt to the future of business. He has worked in controls engineering for his entire career and brings expertise in a range of platforms to address customer challenges. In his role, he manages the engineering team at Trident, and leads the organization to deliver high levels of customer service internally and externally.
He is active in the community serving in a leadership role with IndUS of the Fox Valley.

Although he’s officially retired, Don’s expertise is on call for our customers. He has more than 20 years of experience as a process controls engineer, instrumentation and controls engineer, and field service engineer for companies and as a consulting engineer. In 2002, Don joined Jerry and Jason as the third partner in Trident Automation. He can currently be found obsessing over his totally cute puppy Quincy and going on continual adventures with his wife Lori.

Jerry founded Trident Automation in 2002 after working in a variety of corporate positions. Now at the end of Trident’s 20 year anniversary, he has retired! Jerry served as lead controls engineer on numerous large process systems and is an expert in distributed control systems, process design, configuration and start up.  Jerry may be hard to spot during retirement since he loves to explore. So look close and you may seen him on his bike logging road miles in the United States or even Europe. He also spends his time working with a school in Tanzania to provide laptops for their student’s education!