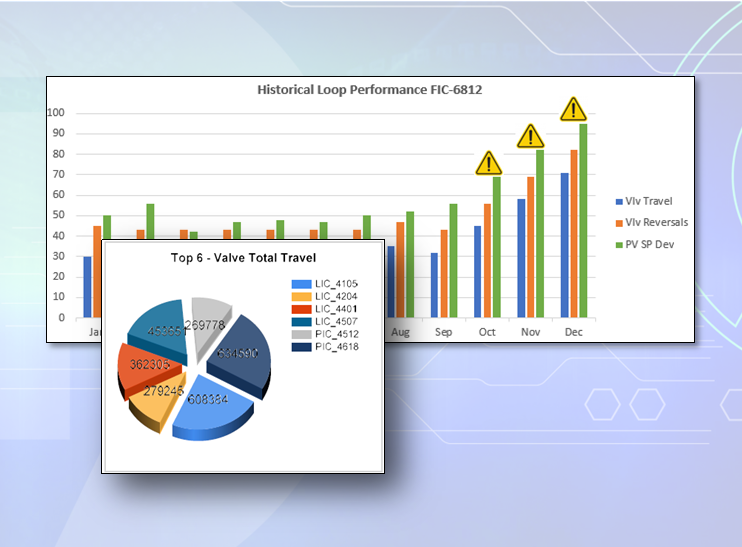 What if you could fine-tune your control system to minimize variability and maximize production? There are hundreds of process loops in an ethanol plant that can be a significant source of variability. Taking the time to identify variability and determining if control loops are a contributor is often complex and time consuming.

Trident Automation is offering a software module that works in conjunction with our Trident Workbench called LoopPAC©, Control Loop Performance Monitoring. LoopPAC© is a software program that quickly and accurately identifies control loops that are operating at less than optimal performance.

“Plant operations is often adjusting for variability, but it is typically hard to track down root cause in a system as complex as a biofuels refinery.” Jerry Wenzel, Chief Knowledge Officer for Trident said. “Control loops can be a significant contributor to that variability.  LoopPAC© is the tool to shine a light on that variability and help you resolve it.”

There are typically a lot of issues that LoopPAC© finds when you first run it.  The package helps you prioritize what it reports, and the first run results often are eye opening.  There is often “low hanging fruit”, opportunities for significant improvement without a huge effort or cost.  Long-term, because control loop performance often degrades over time due to things like control valve wear, LoopPAC© is able to significantly contribute to your preventative maintenance efforts.

LoopPAC© uses your plant’s existing data and automatically configures its database by identifying loops in your control system configuration. The package analyzes PV/SP deviation, valve travel and numerous other key indications of control loop health.  When one of those factors degrades LoopPAC© flags the loop as needing attention and reports it according to the priority level you place on that loop.

The benefits of LoopPAC© are:

Control loops are a significant source of variability and keeping your plant at peak performance means increased profitability. LoopPAC© is the valuable tool needed to manage the production details that may be affecting your bottom line.

LoopPAC© is available as a module to Trident Workbench© Suite of products.

Contact Trident Automation for more information or a demonstration at [email protected].