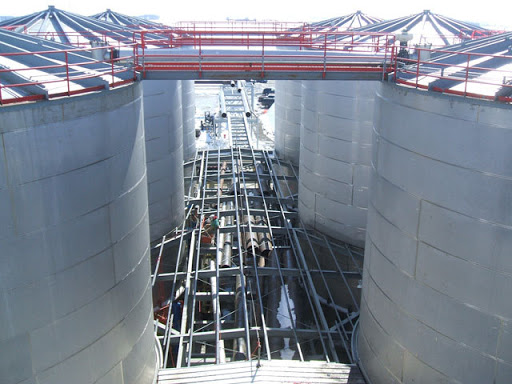 Golden Grain Energy in Mason City, Iowa, was looking for a way to reduce maintenance costs for their operating systems.

The plant was running an Advanced Process Control (APC) “black box” which had worked well until modifications were needed. Although system controls reside in PCs rather than the DCS, the system is effective with non-linear and adaptive process. However, it requires extensive process knowledge and process modeling and can be expensive: each modification required a call to the manufacturer. Finally plant engineers finally made a call to Trident to design a more transparent system.

Trident Automation operates under an open platform system—all DCS design and integration is done with 100% transparency. We document our work (as opposed to hiding code) so customers can update and customize their system as needed. “At Trident, we don’t want our customers to be tied into our service simply because we have the key to unlock their DCS,” said Jason Hurst, Trident founder. “We want our customers to use our services because they value our expertise.”

Trident engineers were challenged to open up the existing APC system and create a model of how the system would function in an advanced regulatory control environment. In this model, simple control strategies reside within the DCS, skilled operators can make adjustments, and there is a relatively low cost to implement.

Teams worked in collaboration with one of Trident’s strategic partners to design a customized model specific to Golden Grain’s process.

“The result was Golden Grain had the same level of control from their old system but now any trained plant personnel can maintain and control the system,” said Nathan Nutter, Trident engineer.