Ethanol plant on cruise control with the assistance of Trident 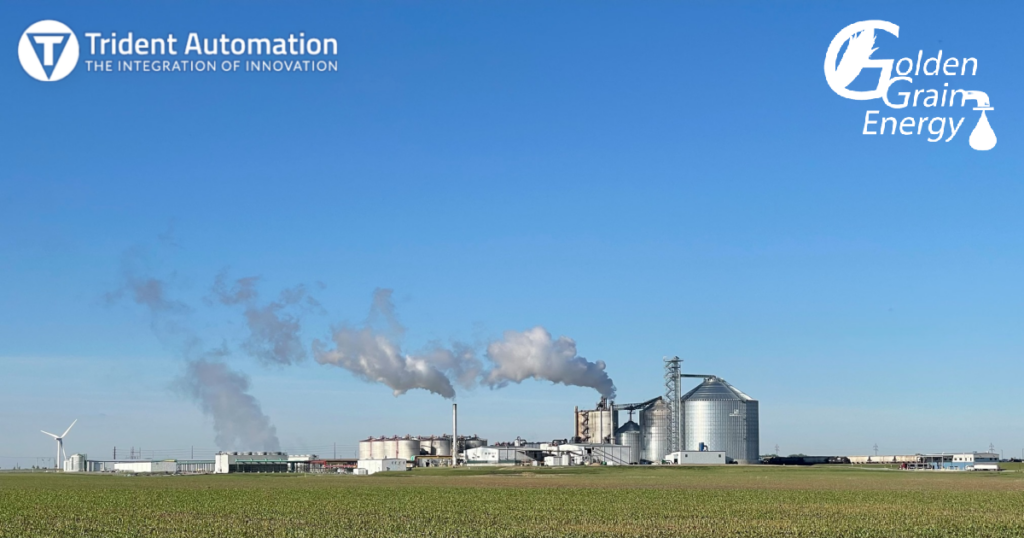 Golden Grain Energy turns Iowa’s bountiful corn crop into ethanol energy and to do it, they use “cruise control” for their plant.

Each year, the corn crop is converted to 120,000,000 gallons of ethanol in a state-of-the-art production facility. The staff of about 50 manages daily production thanks to an efficient and dependable DCS system with oversight by Trident Automation. Trident has been working with the plant since 2004 and Golden Grain CEO Chad Kuhlers credits Trident with facilitating the company’s growth.

“We’ve incorporated our own advanced regulatory controls and the Trident crew has helped with that,” Kuhlers said. “At one time we had advanced process controls, they’re great tools but they’re tough to maintain. With the advanced regulatory system, which is what the Trident crew has allowed us to get to, our operators are more easily able to maintain and keep the system in service 24/7, allowing us to have a more consistent operation.”

Efficiency is critical for Golden Grain’s ethanol production. Almost 80% of operating costs is in purchasing corn, the second highest expense is natural gas, with electricity being the third highest cost. Without fine-tuned operating systems, manual decisions can affect distillation, the amount of enzymes used and the plant could waste energy or raw material.

“Trident did the programming behind the scenes to create advanced regulatory controls and allow systems to operate in an optimal fashion,” Kuhlers said.

As Trident developed more sophisticated platforms, the focus was always on ease of use for operators.

“It’s a huge challenge to get this level of expertise,” said Kuhlers. “Trident has the resources on staff, they are more skilled than what we have on site, and they are responsive—they’ve been a tremendous partner.”

For more information on how Trident Automation can assist with your needs, contact [email protected]