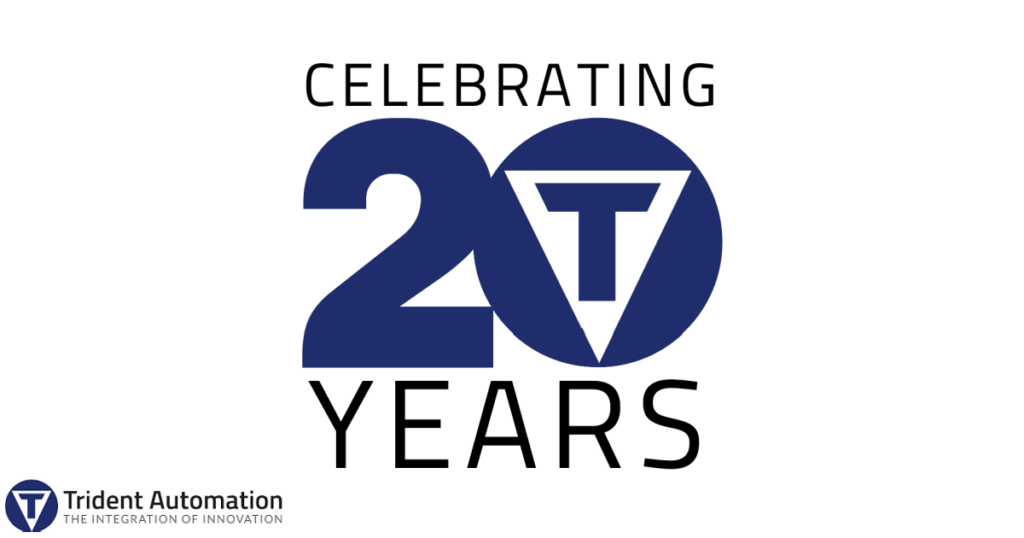 Right now, ethanol plants are fermenting on schedule, manufacturing processes are running efficiently, and new technology is being switched on with the assistance of Trident Automation. This year, the controls automation firm celebrates 20 years in business designing process controls for manufacturing environments.

“We like to think of ourselves as ‘in the pipes’ type of guys,” says Jason Hurst, CEO of Trident Automation. “Our job is to regulate and control anything that flows through a pipe or requires measurement in an automated process.”

Hurst, Jerry Wenzel, and their partner Don Jolly founded the company after working in system engineering positions at a variety of corporations. Their initial goal was to provide customers with customized solutions that often integrated a variety of control platforms. Over the years, their business has grown as fast as computer technology has transformed the workplace.

For manufacturing companies, adapting and automating systems is often a challenge that requires a fresh approach from an outside consultant. Trident’s staff of engineers can integrate technology from leading controls companies (such as Rockwell or Siemens), and then design and implement customized solutions where none exist on the market.

Golden Grain Energy, located in Mason City, Iowa, is one of the nation’s largest ethanol producers. They produce 120,000.000 gallons of ethanol a year and depend on their distributed control systems to be the “cruise control” of the plant. Plant directors link efficiency in production, energy consumption, and raw materials directly to their systems.

“It’s a huge challenge to get this level of expertise,” said Chad Kuhlers, CEO of Golden Grain Energy. “Trident has the resources on staff, they are more skilled than what we have on site, and they are responsive.”

Years ago, installing computer systems and networked controls seemed like a luxury for manufacturers, but today more affordable hardware and customized software put automation within the range of any producer. Trident’s business started in the pulp and paper, power, ceiling tile, and bulk transportation industries and quickly expanded into the ethanol industry and today Trident serves some of the top manufacturing companies in the United States.

Even though electrical manager John Madajewski built some of the control systems himself and had worked with Trident for 20 years, he was in a crisis one 4th of July weekend.

“One of our computers died and I called Jason at Trident,” Madajewski said. “He dug a computer out of his office, drove up to L’Anse on a holiday weekend, got the system up and running and the plant didn’t miss a beat.”

Many manufacturers often don’t operate on the newest DCS platforms in part due to the cost/benefit of upgrading. For Dave Worzalla, a senior process control engineer at International Paper located in South Carolina, he had to find a way to keep an unsupported APACS system running on a critical paper machine.

“Trident found a way to run everything on a virtual environment,” Worzalla said. “We had some issues we didn’t have the on-staff expertise to manage, but they know the nuts and bolts of the system that I don’t know.”

As legacy systems mature in manufacturing environments, having access to replacement parts and experience with the platforms becomes mission critical. For Ahlstrom-Munksjö in Kaukauna, Wisconsin, three boilers used in the paper pulping process are on an APACS legacy system.

“Our workforce is young right now,” said Joe Ball, process controls technician for Ahlstrom-Munksjö. “Any tech support needed on an older system that we can’t figure out in-house, we just call Trident. They always figure it out in a few hours either over the phone or in person.”

“We’ve been able to work with the top manufacturing companies in the world and customize processes for any size plant,” Hurst said. “Our team has the education and experience to find solutions to any automation challenge.”

The firm has also evolved to provide products to include

In a technology industry, it’s almost impossible to predict future developments, but in recent years Hurst and his team have realized a shift to mobile technology. Increasingly, plant operators and owners want 24/7 access to their manufacturing environments. As a result, Trident has adapted products and systems to work on smartphones as well as computer stations in a plant.

“It’s all about real-time access to operational information,” Hurst said. “Our customers want access to information immediately and want that information available to anyone in the plant. Our products and customized systems allow that flexibility.” 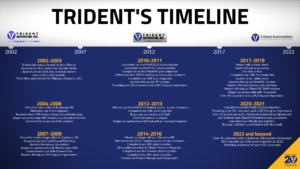